Housing is a Top Priority

By Joseph K. Shekarchi, Speaker of the House 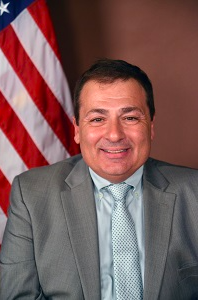 In my first year as House Speaker, I’m proud of the way we worked together as a chamber to pass meaningful legislation aimed at improving the lives of all Rhode Islanders. We made historic progress on a top priority for many House members, including me: expanding access to affordable housing.

When I was elected Speaker, I pledged to make housing my top priority. Simply put, we do not have enough housing available to meet the needs of our population, and this is one of our state’s most urgent crises.

For starters, the General Assembly created the first-ever permanent funding stream for affordable housing. This is a huge accomplishment and has been an issue for which advocates have been pushing for years, but were unable to get done until this year.

We also created a housing production fund and allocated $25 million in the state budget for the immediate creation of affordable housing. After public urging, the Administration began to deploy this funding on the last day of November.

Additionally, my colleagues in the House and I passed a comprehensive package of legislation aimed at reducing many of the barriers to affordable housing. Among the bills were:

1. The “source of income” bill, which had been stalled for many years and finally passed under my leadership. It prohibits housing discrimination against people who receive government assistance to pay their rent.

2. Legislation, which I sponsored, established the position of Deputy Secretary of Commerce and Housing within the Executive Office of Commerce. This “housing czar” will create a centralized office to advocate for and oversee all of our state’s housing initiatives, and work with key stakeholders to create an integrated state housing plan. The General Assembly included the funding for this position in the budget we approved in July; however, Commerce RI has not yet hired anyone. I have urged them to move quickly to fill this position.

3. The House created a legislative commission to study all aspects of land use and put together a plan that allows for sustainable and equitable economic growth in support of Rhode Island’s affordable housing goals. Made up of subject matter experts and advocates, the commission has been meeting for the past several months.

4. We also created a special legislative commission to study the Rhode Island Low and Moderate Income Housing Act. Chaired by Rep. June Speakman, the commission has met multiple times to study barriers to affordable housing creation so that it can identify ways to help cities and towns meet their obligations to ensure that at least 10 percent of their housing stock qualifies as affordable.

The legislature also included $6 million in funding in the state budget for a five-year pilot program to create permanent supportive housing for chronically homeless Rhode Islanders. The “Pay for Success” program, championed by Rep. Liana Cassar, establishes a public-private partnership with a holistic approach and is an innovative way to tackle homelessness. There has been no action by the Administration yet.

It’s also important to note that the legislature will convene shortly. I plan to introduce additional legislation regarding housing, which has been the product of many months of hard work.

In addition to all of the initiatives outlined, our federal delegation delivered $200 million in rental assistance for Rhode Island. RentReliefRI has already disbursed more than $78 million to help 9,684 families remain in their homes and keep their utilities on. At the General Assembly’s request, RIHousing has been holding a series of pop-up clinics across the state to help get the word out to underserved communities and to help people with the application process; I’m working with them to host one in my hometown of Warwick soon. At my request, RIHousing has counselors in the District Court to assist tenants with RentReliefRI applications and prevent non-payment of rent evictions.

Our housing crisis is not something we can solve overnight. It took many years for us to get to this point, and it will take a sustained, comprehensive effort to fix it.

We’re just getting started. By bringing people together, we will continue our work to make housing more affordable for Rhode Island residents. Federal funds aimed at assisting our state’s continued recovery present a once-in-a-generation opportunity to invest in housing. With the support of my House colleagues, affordable housing will remain a top priority in the upcoming session, as we strive to make Rhode Island a better place to live, work, raise a family, and age with dignity.

Speaker K. Joseph Shekarchi is a Democrat from House District 23 in Warwick.